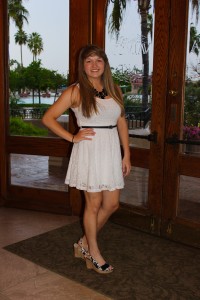 Anna was born in Ekaterinburg, Russia, and came to live in the United States in 1999 when she was adopted at eight months old by her parents Todd and Donna Grone.  She has flourished from the moment of arrival. Anna earned her 1st, 2nd, and 3rd Degree black belts in Taekwondo at the ages of eight, ten, and twelve, respectively, in addition to acquiring a Hapkido black belt.

Anna discovered basketball during the sixth grade and realized she had a natural talent for the game and fell in love. In seventh grade she was the highest scorer and in eighth, MVP.

Currently, Anna is entering her senior year at Highland High School in Gilbert, Arizona under the tutelage of Head Coach Miner Webster who was voted America’s Coach of the Year: Girls Basketball  2014 and is the most winningest coach in the state.

Her high school years have been very productive. As a freshman she was the highest scorer and advanced to the Junior Varsity team where she remained as a sophomore along with receiving varsity minutes. Anna is the highest scorer for the past seven years on JV.

Her junior year on the varsity team was extremely fruitful; achieving the status of highest scorer once again while adding yet another accomplishment of highest rebounder.

Although summer is approaching, basketball is far from over for Anna. She also plays for BlueStar AZ under Coach James Parker. She is excited and looking forward to exploring options for college. Her goal is to play basketball and study for a Pre-Med degree. 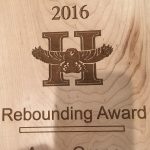 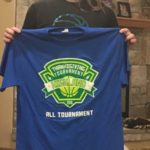 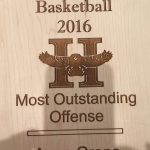 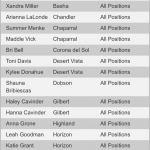 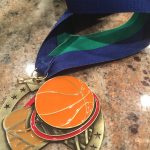 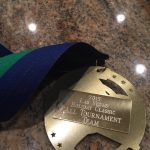 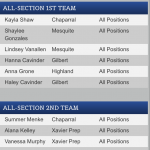